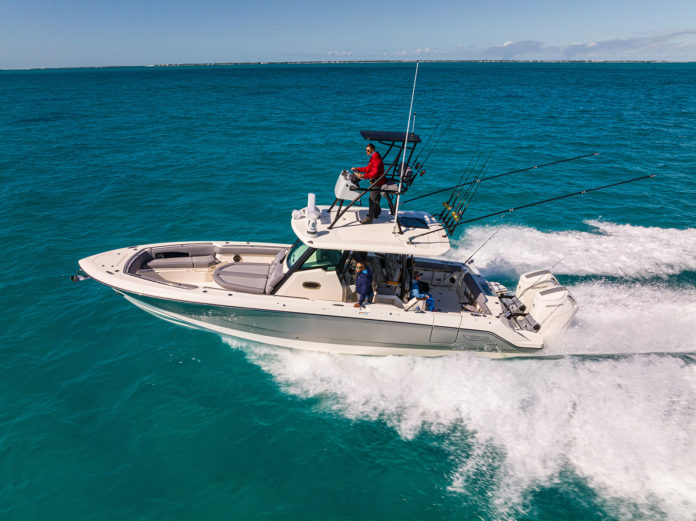 The 360 Outrage is a hardcore fishing boat and designers worked to maximize space in the new model. The bow was configured for improved fishability and easier access to the windlass/anchor, along with more usable storage and a more open feel. 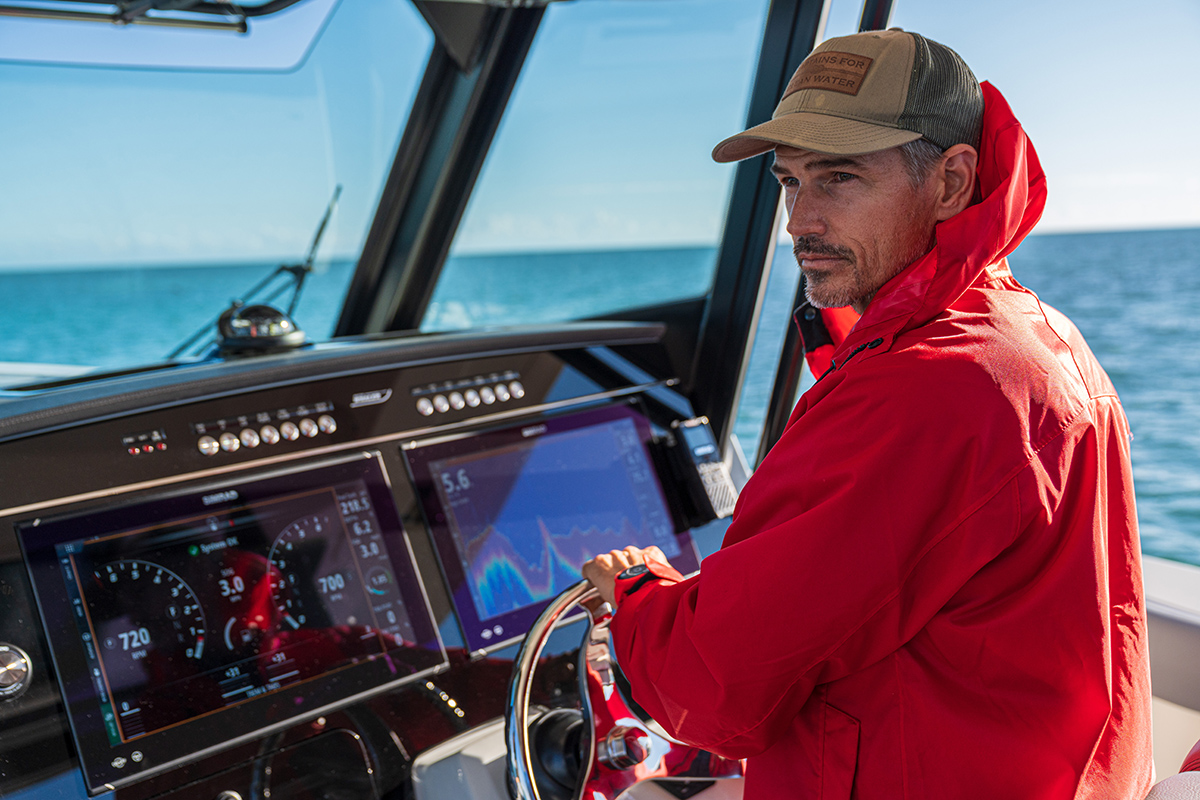 The Outrage’s cockpit is customizable, thanks to a new transom prep station that can be optioned as a summer kitchen with a grill and solid-surface countertop. Rear-facing cockpit seating is ergonomically refined and features a flip-down work surface, ideal for snack preparations or rigging lines.

Below deck, a cleverly designed cabin features a deployable berth that flips up to secure belongings and reveal extra storage, including rod holders galore. An enclosed wet-head with Vacu-Flush toilet lends additional comfort on long days. 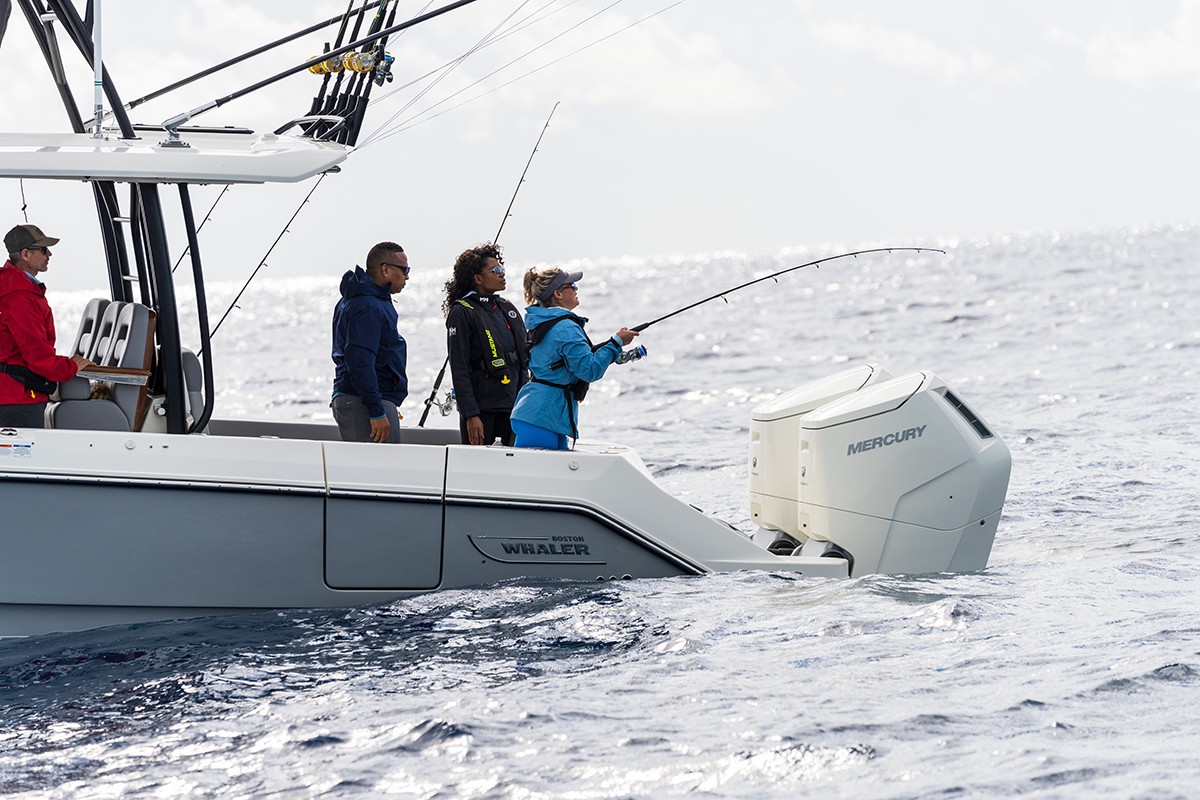 The 360 Outrage also offers remote monitoring and control for key systems made possible by digital switching technology. An included key fob enables owners to power up batteries as they approach the boat, turn on and adjust light modes, deploy and retract the sunshade, among other useful functions. The 360 Outrage also features Mercury’s new 1st Mate Marine Safety and Security System.

“It’s the perfect cornerstone for our presence in Miami, as it reflects the spirit of purposeful innovation at the heart of every Boston Whaler model,” said Melanie Whaley, director of marketing.