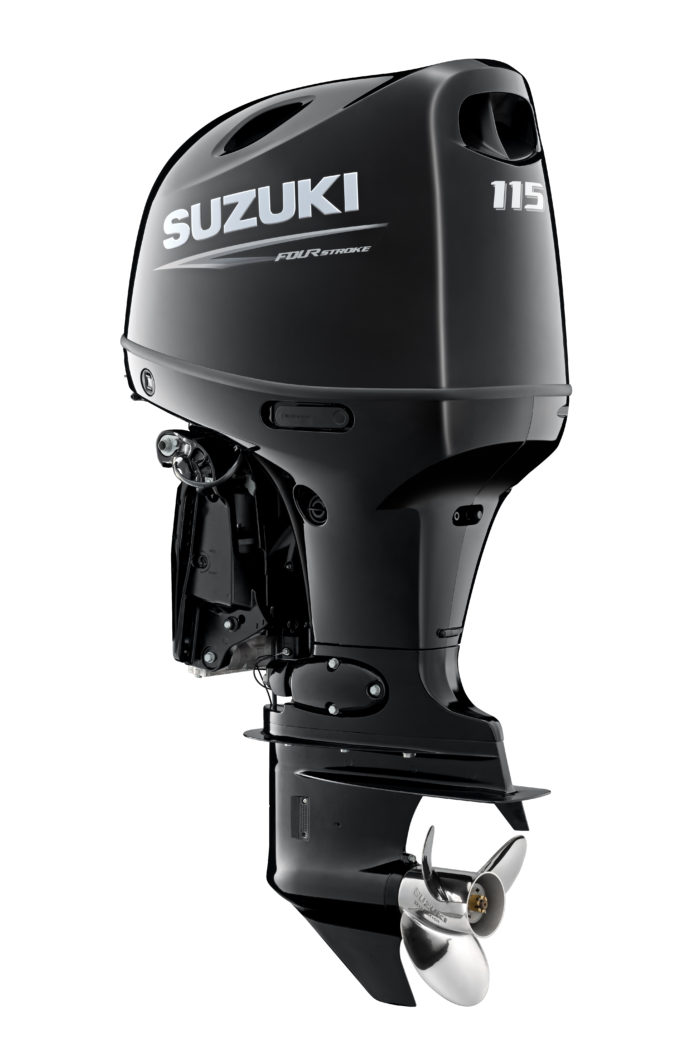 Suzuki Marine is bringing its drive-by-wire technology to its smaller outboard offerings by announcing production of a new 115- and 140-hp four-stroke outboard for the 2021 model year.

Suzuki Marine says the DF115BG and DF140BG outboards are the first in their class to offer the advantages of drive-by-wire technology. The technology has been available for several years on Suzuki’s 150- through 350-hp models.

“We are pleased to bring new technology and performance to this important class of outboard motor,” said George “Gus” Blakely, vice president of sales for Suzuki Motor of America Inc., Marine Division. “These are not only the world’s first four-stroke outboards in their class to include factory drive-by-wire technology, they feature a new design, a new look and enhanced performance for a wide range of boats around the world.” 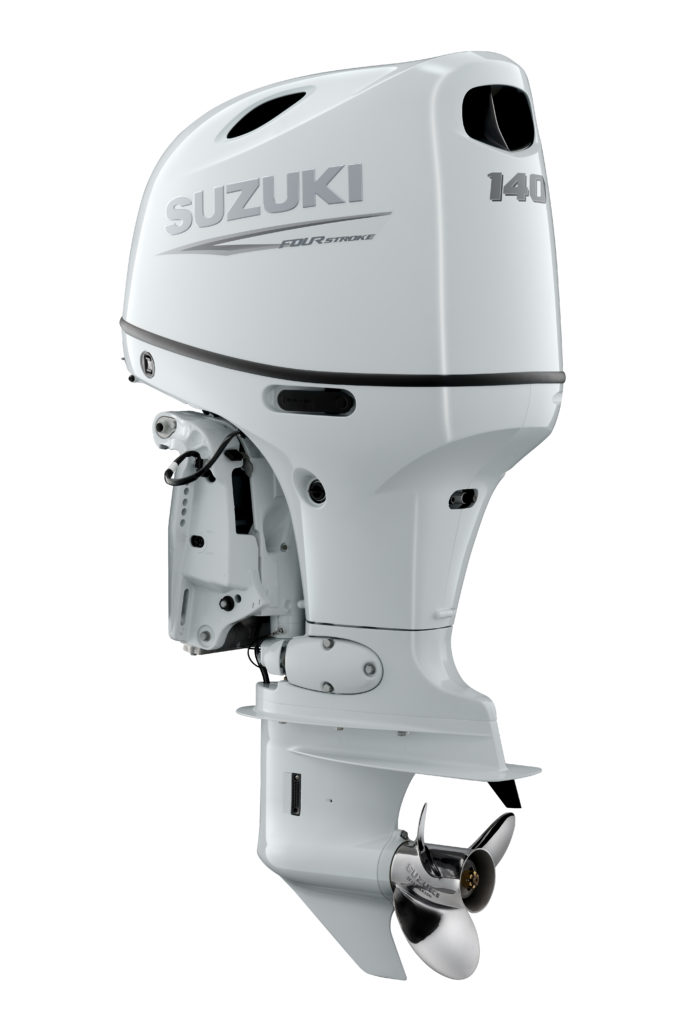 The 2.0-liter outboards have an upgraded compression ratio of 10.6:1, which helps the outboards achieve a better top speed and acceleration by improving thermal efficiency. Suzuki said the DF115BG and DF140BG outboards have 5 to 7 percent better fuel efficiency compared to existing models.

Other improvements include a 40-amp alternator on both models for improved output and battery charging performance at low idle speeds. To make routine maintenance easier, Suzuki made it possible to replace the oil filter simply by removing the upper engine cover. A new Oil Spill Catcher surrounding the oil filter mount allows for changing the filter without making a mess. Suzuki added an easy access Water Detection Fuel Filter to help protect the engine against contaminated fuel.

With lots of improvements under the cowling, Suzuki updated the exterior for a sporty, streamlined exterior design. The redesigned cowling has a new air intake structure with improved water separation and a silencer-resonator system to reduce engine noise at all engine speeds, Suzuki said.

Suzuki Marine said it will continue to offer the existing DF115A and DF140A outboards alongside the new models, which were expected to start production in October. For more information about Suzuki Marine’s outboard offerings, visit www.suzukimarine.com.