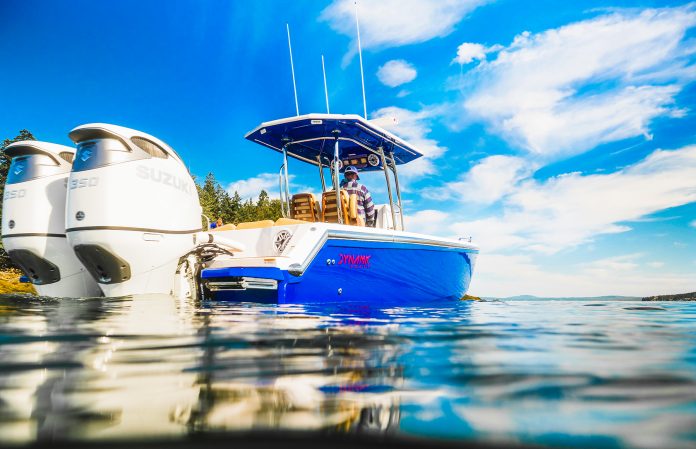 When the wait can be up to three years for some center-console models, Miami-based Dynamic Boats could deliver a boat the following week. That’s because company owner John Bellemare decided to build five D-305V boats before going public at Newport International Boat Show in September.

“I got into this business knowing the supply chain issues we were looking at,” Bellemare said. “But I wasn’t going to launch a business and take orders on boats that I can’t deliver, so that’s why I built five boats on spec.”

Dynamic had its D-305V (an ode to the Miami area code) on display with an oversized rubrail and a second model with a traditional stainless-steel rubrail to showcase its range of work. 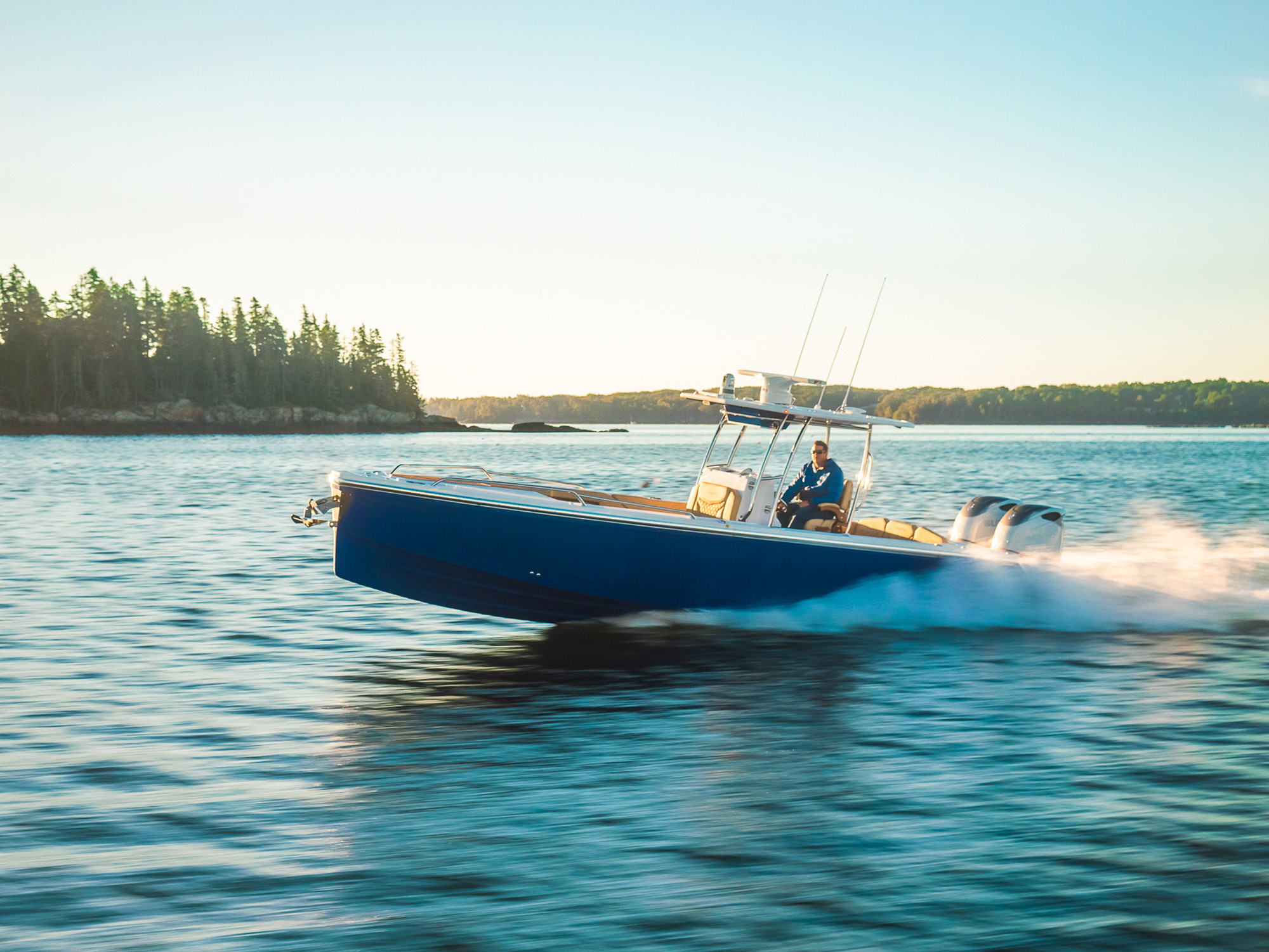 “We did the beefier rubrail for South Florida and really south of Virginia,” Bellemare said. “You don’t really have that many floating docks. You have a lot of fixed docks, so having a larger rubber, big impact-resistant rail gives you a little bit more leeway with going up against a piling or something like that.”

Bellemare, who works as a yacht captain, has a 20,000 square foot facility near the Miami Airport to build the D-305V. When the company adds additional models, Bellemare said Dynamic will acquire additional factory space.

The D-305V (30’ 5” LOA, 9’ beam) features a plumb bow with a traditional cockpit layout. Owners can walk around the entire boat and appreciate the deep 33-inch gunwales.

Dynamic provided facing lounges in the bow and facing seating with a table just in front of the console. Additional seating included a full bench on the transom and twin captain chairs under the hardtop. A refrigerated cooler from Dometic pulls out from under the leaning post.

Dynamic is offering the center console with either a single or twin outboards, but most buyers will likely opt for twins to maximize performance. The hull is rated for up to 800 horsepower. The boats will be available with Suzuki, Mercury or Yamaha power.

“We started Dynamic to build a (38-meter sailing) super yacht that is under construction in Florida,” Bellemare said. “In the process of doing that, we knew that every super yacht has a tender. The opportunity for us to start this company and we thought would be advantageous for us in building the super yacht.”