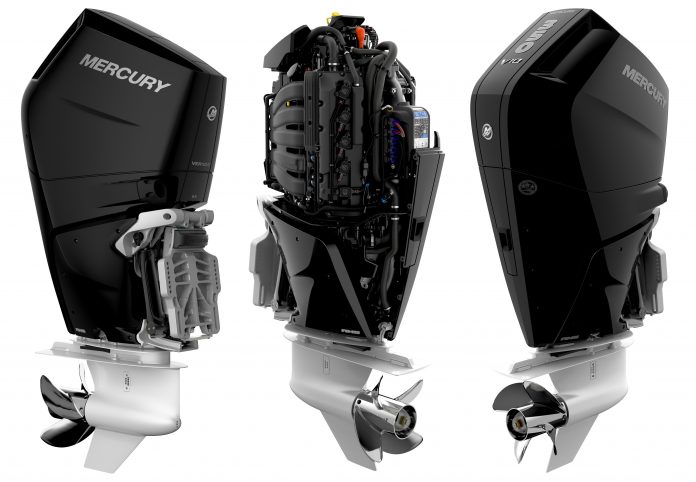 The first Mercury Marine models released are 350- and 400-hp models.

Mercury Marine introduced its first V10 outboards on Tuesday, launching the 350 and 400 horsepower Verardo models during a media presentation in Orlando, Fla.

The new outboards, which will replace the Mercury Marine’s existing 350 and 400 hp outboards, fills a gap between the company’s V8 and V12 outboard offerings. Mercury says the new V10 engines are the quietest and smoothest in their class running 45 percent quieter than a leading competitor at cruise.

One of the coolest features offered as an option will be dual-mode 48V/12V alternator to seamlessly pair with Navico Group’s Fathom® e-power system. The integrated lithium-ion auxiliary power management system will allow boaters to eliminate an onboard generator system. 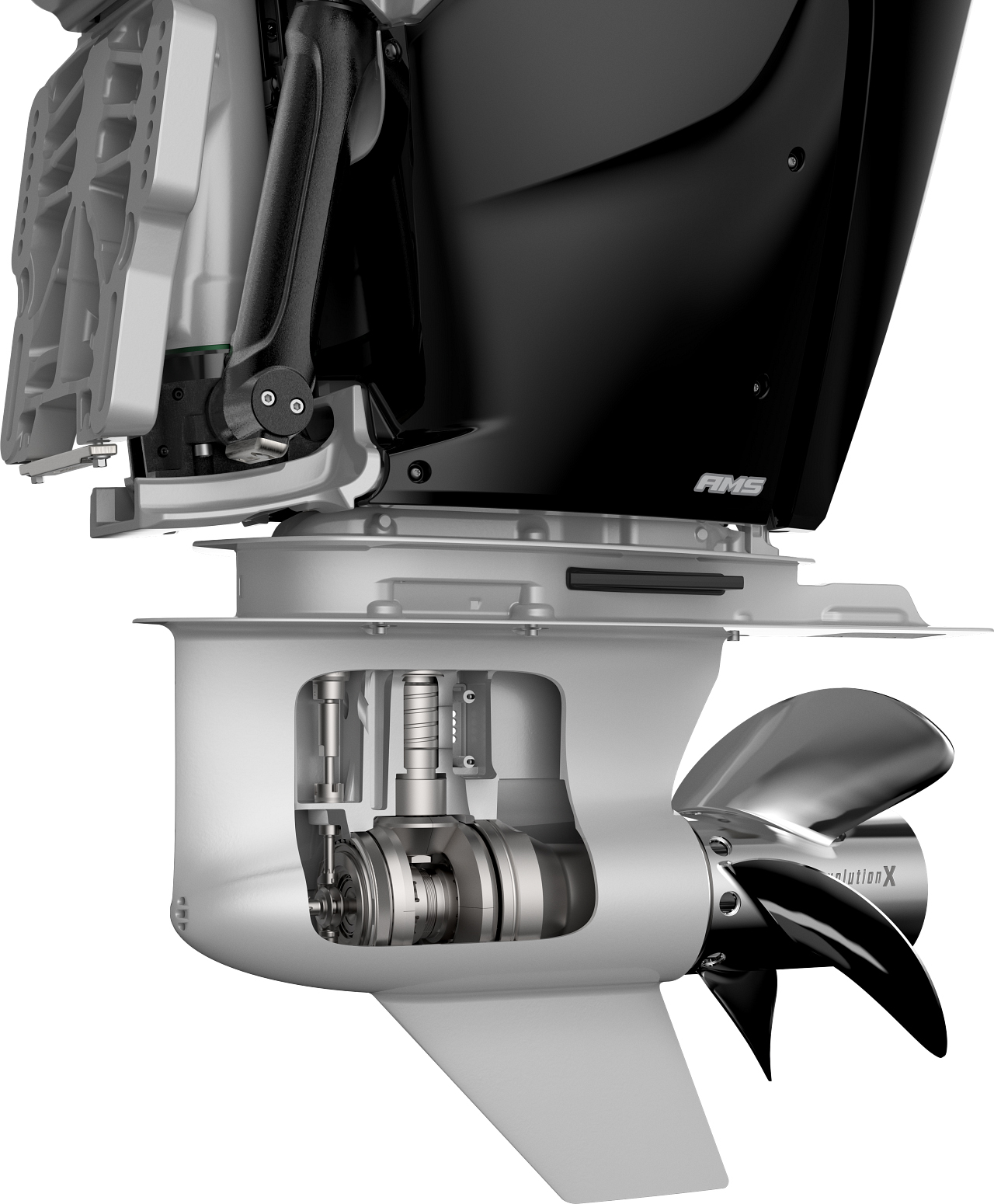 “We filled the gap the consumer was looking for—high displacement, naturally aspirated,” said Chris Drees, Mercury Marine president after a media presentation at the Coronado Springs Resort in Orlando, Fla. “The 350, 400 horsepower node is a critical node in the marine segment.”

The new V10 outboards, which had been in development for more than three years, offers a mix of updated and new technology. Among the features are a larger gearcase, larger propellers, an upgraded alternator and extended service intervals.

Thanks to higher efficiency and reduced weight, Mercury Marine said the new outboards can run on center consoles to high-performance boats.

Tim Reid, Mercury’s vice president of product development and engineering, said designers started with a clean sheet but took what they’ve learned from the V8 and V12 platforms they’ve developed.

“If we brought the concept of the V12s down it would have been significantly heavier and would have had some content that some customers didn’t want and weren’t willing to pay for,” Reid said after the media dinner. “We’re really watching that to make sure we’ve delivered to them the right content that meets their needs.”

Weighing 695 pounds and with the same 26-inch mount spacing as the V8 outboards, the V10 engines maximize compatibility with current boat designs.

The platform’s all-new hydrodynamic gearcase is engineered to improve performance and durability across multiple applications while also maximizing fuel efficiency.

The all-new Revolution X propeller was designed to match the V10 Verado. Larger diameter and wider blades combined with the deep ratio of the new gearcase provide excellent handling and high efficiency from low speed all the way to wide-open throttle. 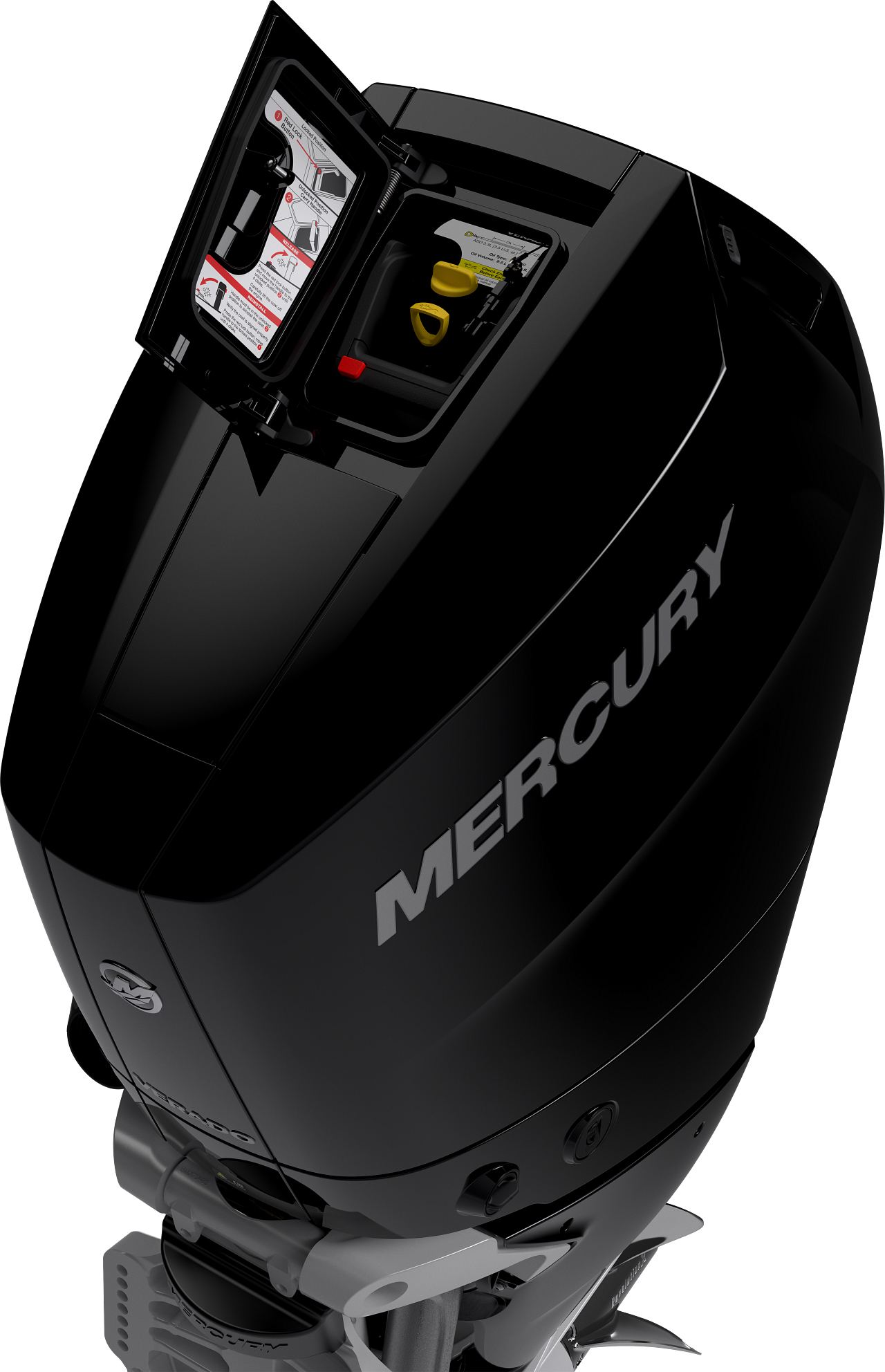 The V10 Verado engines will also be compatible with a new Mercury Marine electric steering system for multi-outboard vessels slated to start shipping in February 2023. The new system will offer enhanced steering responsiveness, dramatically simplified rigging and a more than 50 percent reduction in energy consumption.

“We really like this larger displacement, naturally aspirated format. It gives you tremendous torque, a lot of rpm and a lot of flexibility but it’s still a pretty simple engine where you want it to be simple,” said Brunswick CEO David M. Foulkes. “You take a V8, maybe you need to boost it now makes it more expensive and more complicated. You take a V12, it’s heavy for the V10 segment. So we look at all those alternatives but in the end we felt that the V10 was just right in terms of weight, compactness, cost and simplicity.”