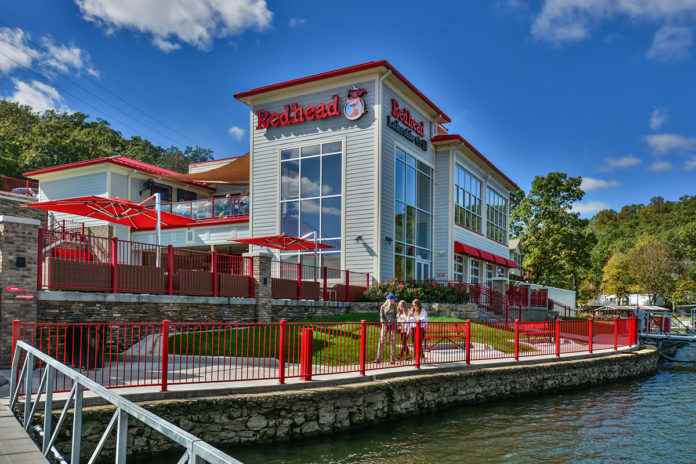 Get the center-console boat out and visit these four waterfront restaurants.

By Gregg Mansfield and Barry Gibson

It’s been a rough couple of years for the restaurant industry as the pandemic limited dine-options or caused outright closures. With the country full reopened, it’s still important to support local restaurants as they bounce back.

Talking to our friends in the boating industry from Seattle to Florida, we asked the to serve up their favorite to visit by boat. The criteria was the restaurant must have good food, a fun atmosphere and a marina nearby so a ride share wasn’t necessary.

As it gets closer to packing away the cold-weather feature, make sure to visit one of these restaurants if you’re in town. You’ll be glad you did.

The latest addition to the Fort Pierce City Marina is Crabby’s Dockside restaurant and it’s already a must-visit for boaters. The restaurant opened over the summer, replacing mainstay The Original Tiki Bar & Grill, which had been at the Florida
marina for 20 years.

It’s a tough act to follow but Crabby’s Dockside is already turning heads on the two-story restaurant with rooftop dining. The restaurant has spectacular views of the Indian River Lagoon and the Fort Pierce Inlet.

As you’d expect for a waterfront restaurant, Crabby’s Dockside menu leans heavy on the seafood. Start off with a famous Cruzan rum bucket, tropical rums blended with orange and pineapple juices with a splash of cranberry. Yummy appetizers include boom boom shrimp, coconut shrimp bites and ahi tuna nachos.

On the main menu, pizzas, pastas and steaks are available. Crabby’s Dockside offers “seafood boils” of jumbo Alaskan crab, clams, mussels and more that come sauteed. Yelp reviewers give high marks to the stuffed grouper, which is stuffed with house-made creamy spinach artichoke and topped with beurre blanc sauce. Reviewers also give high marks to the panko crusted scallops. 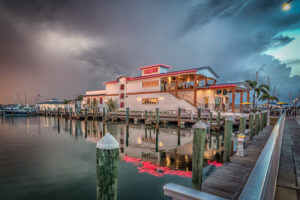 After dinner, enjoy some sweet treats in Crabby’s ice cream shop Sweet Willy’s or take a walk to enjoy some other shops around the marina.

The Fort Pierce City Marina has day slips and boaters should call the marina office on VHF channel 16 for availability. Slips are tougher to get on the weekends so arrive a little early. 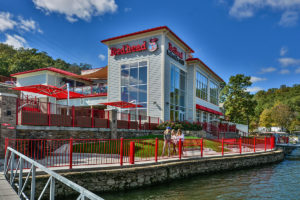 Visiting all the restaurants and bars on the water on Missouri’s Lake of the Ozarks is an adventure in itself. There are dozens of spots with music and great vibes, and one our favorites is Redhead Lakeside Grill at mile marker 21.

Redhead Lakeside Grill offers great indoor and outdoor bars. When the heat is on, the pool is the place to be with a swim-up bar and lots of room around the outside of the pool to hang out. Inside Readhead Lakeside, the bar has a giant video wall to watch your favorite sports team. 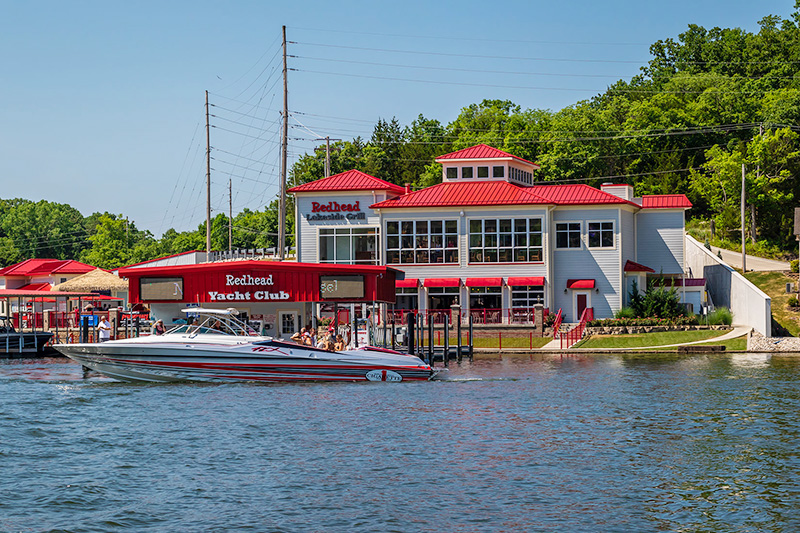 The restaurant offers some of the best food on the lake, and one of the reasons why it has been named the best waterfront dining spot for four years in a row. Having visited the restaurant last summer, the Center Console Life crew was a big fan of the pizza and mojo nachos. For the entrees, the crew had everything from the black-n-bleu burger to the ribeye and all were excellent choices. Seafood jambalaya, grouper, crab poke and fish tacos are also offered.

Dock slips are just a few steps away from the restaurant and has lots of slips, especially on a busy weekend. The marina and restaurant sit in a lake inlet, so wakes are minimal.

When the weather turns cold on Lake of the Ozarks, Redhead Lakeside Grill keeps the inside bar and restaurant open. A happy hour Monday-Thursday features half-priced on drinks and select appetizers. 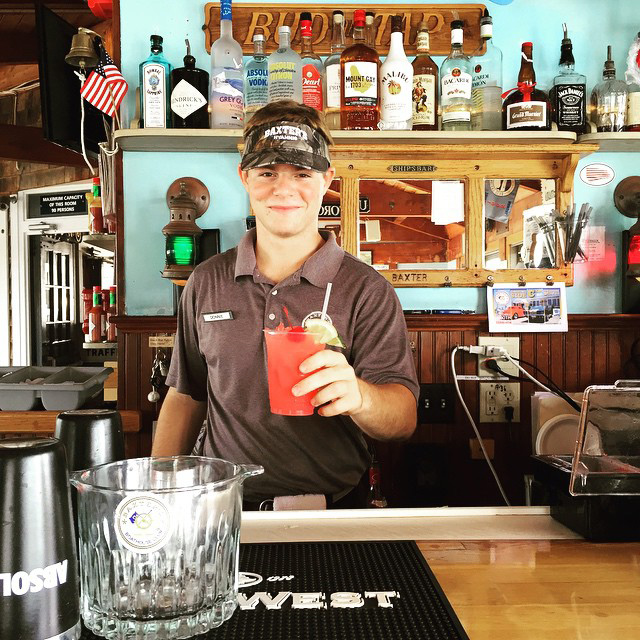 If you’re looking for an authentic seafood restaurant on Massachusetts’ beautiful Cape Cod that’s boater-friendly, Baxter’s will fill the bill. Baxter’s has been welcoming guests since 1957, and offers both inside and outside family dining with panoramic views in all directions. They pride themselves with providing the freshest seafood The Cape has to offer as you watch the ferry boats traverse Hyannis Harbor. 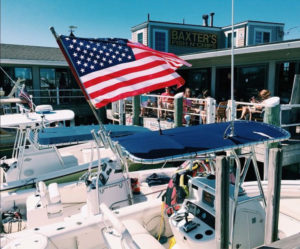 A separate but adjacent facility, Baxter’s Boathouse Club, is open to patrons age 21 and up, and also features fresh seafood and is home of the “Binnacle,” voted Cape Cod’s best Bloody Mary. Boaters can contact Baxter’s on VHF channel 71 for docking instructions.

Few cities have as beautiful of a skyline from the water as Seattle and world-class restaurants. A favorite for boaters in the Pacific Northwest is Anthony’s Pier 66, which has stunning views of the marina and the Seattle Great Wheel off in the distance.

Seafood is king here—as you’d expect—and at the top of the menu is Alaska salmon. Anthony’s does a seared salmon poke for an appetizer and a salmon entrée chargrilled with sundried tomatoes in a basil butter. Another favorite is the Alaska king crab legs that can be paired with a Snake River Farms’ wagyu top sirloin for a surf and turf. 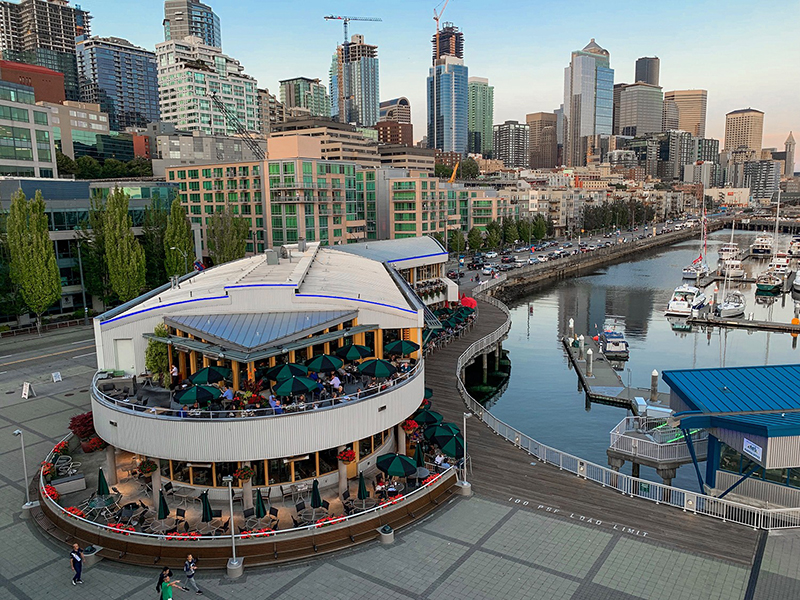 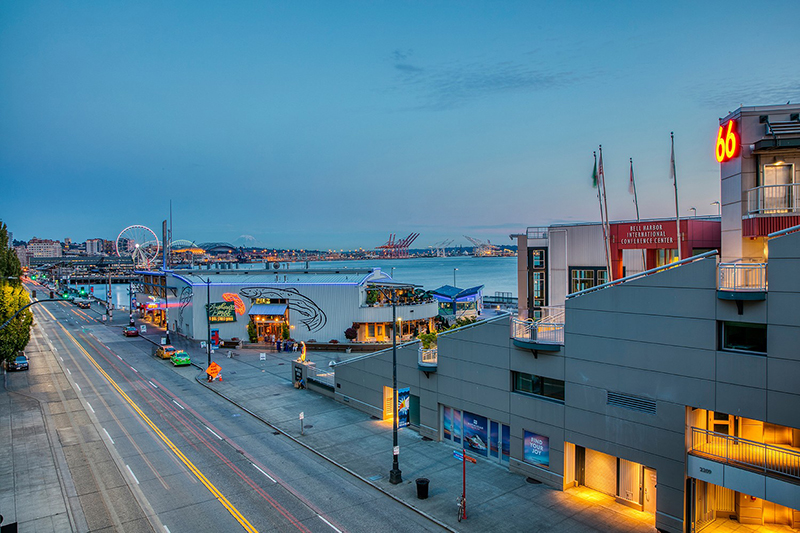 Anthony’s is open for dinner seven days a week, so it’s important to pick the right time of year to go by boat. Guest moorage is available at the Bell Harbor Marina from October through May for $1 per foot with up a six-hour stay. It’s the ideal opportunity to hit up nearby Pike Place Market before taking in dinner. Advance reservations are strongly encouraged. Boaters can also reach the marina office on VHF channel 66A. h