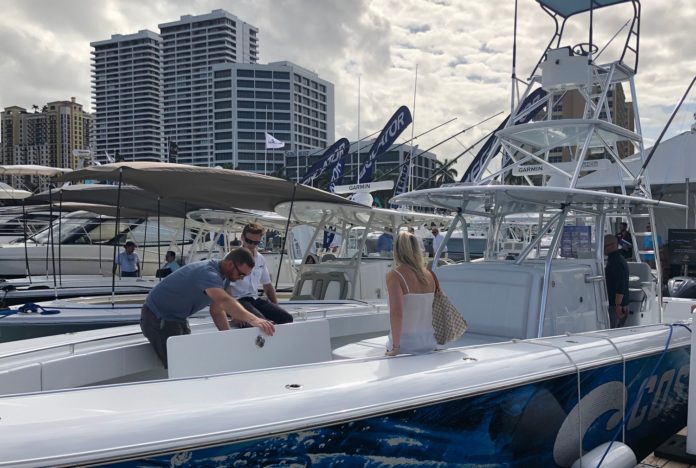 The Coronavirus has claimed the Palm Beach International Boat Show in late March with organizers announcing Thursday the show has been postponed indefinitely.

“Adhering to Florida Governor Ron DeSantis and City of West Palm Beach Mayor Keith James’ recommendation to suspend all mass gatherings over contagion concerns, we fully support the decision as the health and safety of our visitors, community, exhibitors, staff and vendors is our top priority. We are currently working with the City of West Palm Beach to identify a new date. We wish to thank our city officials and the boating community for their ongoing support.”

The show was slated for March 26-29 and Informa Global Exhibitions made the decision to cancel after President Trump announced a 30-day ban on visitors from Europe in an effort to slow the spread of the virus. The Palm Beach International Boat Show features center-console boats and superyachts, which attracts buyers from around the world to South Florida.

Last year 53,000 people attended the show on the waterfront, according to the Marine Industries Association of Palm Beach County. Attendance grew by 6.7 percent in 2019 and show organizers had launched a new event to run during the show called Superyacht Show Palm Beach. All events scheduled during the Palm Beach International Boat Show have been cancelled.

Just four days prior to announcing the cancelation, organizers were optimistic the show would go on by putting out a statement there are “no plans to cancel, postpone or move the show.” But the rapidly changing situation, where state governments are temporarily banning large gatherings, made it impossible for the show to go on.

Informa Global Exhibitions is meeting with government representatives and exhibitors to determine a new date. The Palm Beach Boat Show is not the only event that has been canceled. The National Basketball Association and Major League Baseball have suspended their season and the NCCAA announced this week that the NCAA Men’s and Women’s basketball tournaments that take place in March.