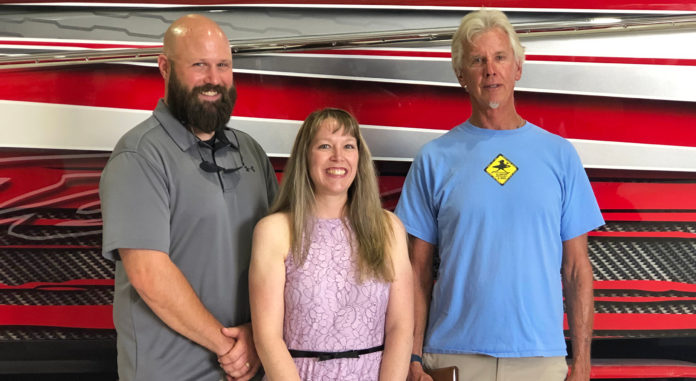 As MYCO Trailers’ Bill Tweedie readies for retirement, the trailer manufacturer has appointed two executives to lead the company.

Ronnie Moran, a 14-year employee with MYCO, was appointed vice president of sales and corporate office manager. Jon Smiley, who has more than 20 years in marine product sales and management, will handle business development and outside sales.

The filling of leadership positions comes as Tweedie, who has been the face of MYCO Trailers for 35 years, plans to retire but remain a consultant. MYCO is the leading manufacturer of trailers for center-console and performance boats.

Moran handles internal sales and most consumers work with her when requesting a quote, ordering or taking delivery of a new trailer or dry rack cradle. Prior to joining MYCO Trailers, Moran worked in the banking industry.

Based in Bradenton, Florida, MYCO trailers was launched in 1974 and Tweedie joined the company in 1979, leading the company’s sales and marketing. Tweedie said he’ll move into retirement in the next few weeks but continue to consult with MYCO.